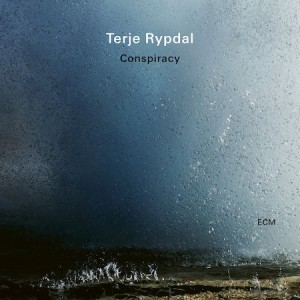 On his first new studio album in two decades, Norwegian guitarist Terje Rypdal looks into his past, revisiting the sound of his 1970s work, albeit tempered by a sense of patience. The liquid, probing sustain of his playing remains instantly recognizable, but apart from the title track, where the band builds up a serious head of steam—with Supersilent mainstay Ståle Storløkken providing seething Hammond B-3 swells and bassist Endre Hareide Hallre carving out a roiling groove with veteran drummer Pål Thowsen—most of the album embraces a meditative, searching repose.

The delicate stutter of cymbals and ethereal keyboards provide the leader with an airy foundation on the opener “As If The Ghost ... Was Me!?,” a kind of Nordic riposte to Eddie Hazel’s searing pyrotechnics on Funakdelic’s “Maggot Brain,” but free of the paranoia and pain. Hallre offers some gentle counterpoint as the tune builds to its tender denouement; Rypdal rarely has sounded so self-possessed as on this autumnal feature. Thowsen is barely present on “What Was I Thinking,” which is even more ethereal in its glacial crawl, as the band merely serves Rypdal’s lyric exploration. And the entire band seems absent on the opening of “Dawn,” with only Storløkken’s sepulchral low-end organ emerging to support a couple of metallic clangs by the drummer. It’s on the slightly bluesy “Baby Beautiful” when the full band unveils its slow-burn intimacy, slinking toward the horizon without haste or waste.

There’s not much here that’s new for the guitarist, but Conspiracy offers a nice reminder that fusion doesn’t need to be bound up in hollow complexity or overkill.