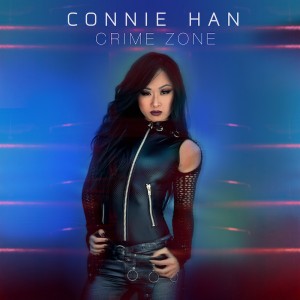 In an age when exceptional technical ability is commonplace, jazz artists seem to feel intense pressure to write their own material as a way of standing apart from the virtuosic throng. Yet, if you’re objectively picking material for a new album, you probably wouldn’t pick tunes from a novice composer. After all, the whole history of pop and jazz songwriting is at the ready. Nevertheless, that’s what most young jazz artists do.

And that’s, in part, what 22-year-old pianist Connie Han has done on her Mack Avenue debut, Crime Zone. She’s already a crazy-good player, arranger and improviser. She’s got all the technical mastery she’ll ever need and has absorbed the post-bop piano masters, both considerable achievements for anyone, let alone someone so young.

Han might prove to be a terrific composer, too. Seven of the disc’s 10 tunes are originals with angular melodies and odd, abruptly shifting meters. The material effectively shows off her prowess and that of her fine band, which includes L.A. drummer Bill Wysaske, her mentor and producer. The other three tracks, however—Stephen Sondheim’s “Pretty Women,” Joe Henderson’s “Shade Of Jade” and Duke Pearson’s “Is That So?”—all have stood the test of time and offer many of the album’s most engaging moments.

Han said that the experience of studying with a drummer for years has given her the decidedly percussive approach that is so evident throughout the album, and helps give the recording its edge. What’s not quite there yet is a definable sense of personality. It will, no doubt, come forward. Meanwhile, Mack Avenue has found a diamond in the rough.