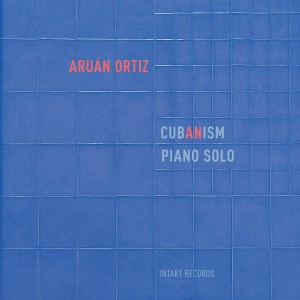 With his 10th album as a leader, and his first solo recording since the 1996 debut Impresión Tropical, pianist Aruan Ortiz brings the spirit of his homeland, Cuba, into alignment with the art movement known as Cubism.

More than a play on words, this remarkable collection veers away from what we’ve already heard from an array of young Cuban jazz pianists in recent years, but also remains firmly rooted in the nation’s musical tradition.

Toques, rumba, yambú and Afro-Haitian gagá permeate as Ortiz seamlessly and simply blends a virtuosic voice on piano with contemporary classical and jazz techniques, all while being subtly emotional. Quite a mean trick, by any musical standard. In short, the cat can play and distract you at the same time.

Like Cubism, Ortiz’s playing is disorienting. Building a bridge between the visual arts and music is no easy feat, but in Ortiz’s music, one can hear how the pianist makes connections, looking, thinking and seeing, as well as playing. Multiple perspectives pervade “Intervals (Closer To The Edge)” and “Passages,” pieces that ask us to listen deeply for new forms and sonic architecture.

There’s a clear reorientation/disorientation on “Monochrome,” where structures are revised. The affect can be riveting, a new way to hear the piano as the rhythmic instrument it is.

Like much of his now-burgeoning catalog, Cub(an)ism reflects Ortiz’s more implied jazz stance, one that includes an increasingly eclectic and an ongoing dive into other art forms.