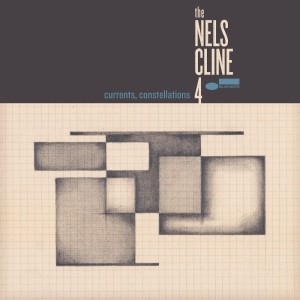 From the outset, “Furtive” finds the pair gamboling around each other’s lines, giving bassist Scott Colley and drummer Tom Rainey the task of holding it all together. At times, as on “Temporarily,” the quartet evokes an electrified combo from the ’60s, adhering to the genre’s past just enough to keep traditionalists from having a fit. A handful of cuts, like “Imperfect 10,” “As Close As That” and “River Mouth (Parts 1 & 2)” head-fake toward some of Mahavishnu John McLaughlin’s most serene and introspective moments, never fully embracing fusion, just hinting. But there’s a balance struck between some of the album’s relatively conventional moments and Cline’s clear affinity for avant-garde twists and turns. Perhaps Currents, Constellations is a reference to those knotty strains of the genre; or maybe just a clever distillation of the architectural doodle on the album’s cover. It’s that sort of uncertainty, whether Cline’s in full-on jazz mode or animating a Wilco cut, that’s made him an epoch-defining performer and composer.