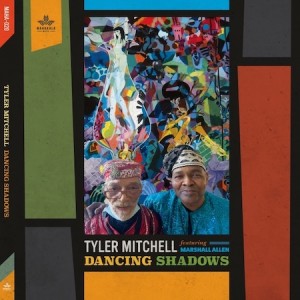 Bassist Tyler Mitchell and saxophonist Marshall Allen worked together in the Sun Ra Arkestra in the mid-1980s, helping lay extraterrestrial sounds over traditional genres. Mitchell explored other avenues in the intervening decades, while Allen — a bolt of energy at age 97 — still leads the Arkestra. Their collaboration revisits Arkestra classics such as “Interstellar Low Ways,” the title track and “A Call For All Demons,” newly arranged by Allen. It also honors its own members with fresh material: Alto saxophonist Nicoletta Manzini, a protégé of Allen’s, is namechecked in the creamy Mitchell ballads “Nico” and “Nico Revisited.”

Mitchell’s bowed bass launches Sun Ra’s “Enlightenment,” a Mingus-styled blues in which tenor saxophonist Chris Hemmingway gets a chance to unspool beefy lines over Mitchell and drummer Wayne Smith. When Allen weighs in with his trademark squawks and blats, the link between the traditional and the otherworldly becomes obvious.

This album is also a feast for saxophone fans, blending Manzini’s and Allen’s altos with Hemmingway’s tenor on the pell-mell title track, and lashing Mitchell, Smith and percussionist Elson Nascimento to Allen’s explosive bleats on the free, abstract “Marshall The Deputy.”

The one cover is “Skippy,” an amusing, angular Thelonious Monk tune that grounds an album that at times threatens to slip its moorings. Other relaxants are the sultry “Angels & Demons At Play,” featuring subtle Allen EVI.