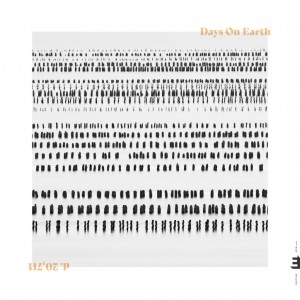 British tenor saxophonist Mark Lockheart is more famous in his homeland than he is in the States, thanks to his work in the big band Loose Tubes, the quintet Polar Bear and the trio Malija, as well as his albums as a bandleader. His new release, Days On Earth, showcases the musical acumen he has honed over the decades, as he combines an agile, adventurous sextet with a 30-piece orchestra conducted by John Ashton Thomas. For this 50-minute program, which Lockheart composed as a suite, he recruited luminaries from the U.K. jazz scene, including pianist Liam Noble, bassist Tom Herbert, drummer Sebastian Rochford, guitarist John Parricelli and alto saxophonist Alice Leggett.

On “This Much I Know Is True,” the interplay and intertwining of the strings and saxophones reflect the work of a cohesive unit—as opposed to a combo augmented by nonessential orchestral coloration. Thomas, whose credits include orchestrations for the superhero movies Black Panther and Thor: Ragnarok, establishes an indelible, head-bobbing groove for the 10-minute track “Believers.” Throughout the program, Lockheart frequently crafts segments within each of the seven songs, so an element of unpredictability arises and the overall momentum never sags. The album closer, “Long Way Gone,” takes its title from the powerful book A Long Way Gone: Memoirs of a Boy Soldier by Ishmael Beah, a native of Sierra Leone. Each movement in Lockheart’s suite was inspired by a human trait or tendency: “Long Way Gone” is connected to his ideas about humans’ quest for reconciliation; the song’s vibrant melding of an orchestral swell, a muscular tenor saxophone solo and lovely harp work by Helen Tunstall fits the theme wondrously.