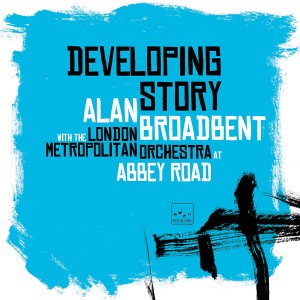 In 2006, pianist Alan Broadbent released an album called Every Time I Think Of You. With jazz trio and The Tokyo Strings, he played mostly standards and originals. Fast-forward 10 years, and Broadbent has recorded a similar project, this time with drummer Peter Erskine and bassist Harvie S. Now, it’s the London Metropolitan Symphony Orchestra, an aggregate that’s been making waves with diverse talents like Paul McCartney, Quincy Jones, Diana Krall and Pink Floyd.

Recorded in 2015 and also available as a double-vinyl package, Broadbent’s Developing Story begins with three movements, followed by a mix of jazz standards and two more from Broadbent. The movements make lots of room for the orchestra, the first two catering to an obvious romanticism. Next comes a livelier and at times bombastic third movement. One gets the sense this isn’t some kind of genre-toppling, but rather an attempt to meet somewhere in the middle.

What follows is a realization of some of jazz’s most celebrated compositions in an orchestral context. Eloquent, though a tad overwrought, the covers are somehow still delicious, chief among them Tadd Dameron’s “If You Could See Me Now,” John Coltrane’s “Naima” and the Miles Davis/Bill Evans tune “Blue In Green.” These aren’t improvising excursions; more like expositions on themes. Oddly enough, Broadbent the arranger/conductor/composer is best heard on his own intricate pieces, ones that prioritize his flair as a writer for orchestra.