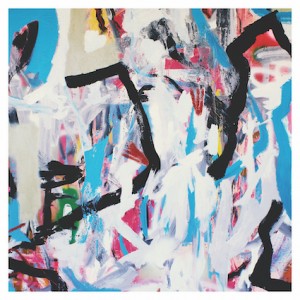 Through more than a decade and a handful of albums, Rob Mazurek’s large ensemble has explored ways to expand a motif—refracting its essence, creating its kin, heeding the path that unfolds. That’s probably someone’s definition of trad composition, but at its best, the troupe of savvy improvisers in the Exploding Star Orchestra makes it seem like a novel tack—and never more so than on the 10 exquisite pieces of the suite-like Dimensional Stardust.

Mazurek has insights into calibrating scale. His work with drummer Chad Taylor in the Chicago Underground Duo can sound surprisingly grand, and previous ESO outings have found myriad ways to project intimacy. Here, “The Careening Prism Within (Parable 43)” bows to roiling expressionism, but wraps itself in delicate passages. It’s followed by “Abstract Dark Energy (Parable 9),” which opens gently but adds enough tension and texture to close on a swell of anxiety. Thirteen musicians comprise the outfit this time, and solos are benched—they’re seldom central to the ESO’s designs, anyway, but here, singularity is subsumed. More Reich than Ra, several pieces deploy a hyper-counterpoint to blend the clout of a symphonic endeavor with the focus of a minimalist experiment, as if Anthony Davis’ Epistēmē had been informed by Pedro Santos’ Krishnanda. It all works because Mazurek’s arranging skills equal his vision. Like that of a simmering gamelan group, this music pulses with enough panache to actually swirl through the air.