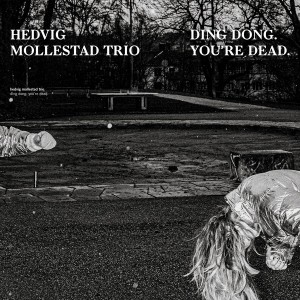 A decade after arriving on the musical map, the Hedvig Mollestad Trio continues to make a strong case for the elemental brilliance of the “power trio” on its seventh full-length recording. Throughout this muscular yet supple album, the simple perfection of a guitar/bass/drums lineup is made manifest—a musical situation where the individual players have to move quickly and ably between roles.

That’s often the requirement of most jazz players, but this trio adds the volume and tension of a heavy rock group into the mix. At its base, that means the band prefers to stomp rather than swing. Or, at least, use the swing and shuffle of jazz to add texture and dynamics to its loud, high-octane compositions in the manner of the Jimi Hendrix Experience or the James Gang.

On “Magic Moshroom” and “The Art Of Being Jon Balkovitch,” Ellen Brekken switches to an acoustic bass and her potent bounce jostles perfectly with drummer Ivar Loe Bjørnstad’s fluid playing and Mollestad’s prickling, acid rock-inspired leads. The guitarist adopts a watery tone on the title track that harkens to classic grunge, while her bandmates quietly snake around her.

Likely, the songs that are going to get the most attention are those where the band leans into its rock influences, as those are the trio’s most direct expressions. For the full effect, though, the album should really be heard in its complete form, with all the shades and moods meeting up to create a vast, colorful display of jazz-rock fireworks.