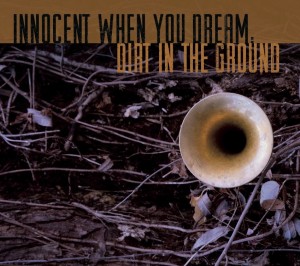 Innocent When You Dream

Tom Waits is a gifted songwriter who—like Bob Dylan and the late Leonard Cohen—has a vocal style that alienates some people. For listeners in that camp, a new instrumental collection of Waits’ compositions might be enlightening. Dirt In The Ground is the second album of Waits tunes recorded by trumpeter Aaron Shragge’s band Innocent When You Dream. Waits’ classic 1987 album, Franks Wild Years, is a touchstone for Shragge. “Innocent When You Dream,” a song that appears twice on that album, is the source of the band’s name, and the sextet interprets three Wild Years tracks here: “Hang On St. Christopher,” “Temptation” and “Way Down In The Hole.” Shragge and tenor saxophonist Jonathan Lindhorst offer emotional, vocal-type tones on “All The World Is Green.” The arrangements of “Ol’ 55” and the tearjerker “You Can Never Hold Back Spring” feature wondrous interplay between Lindhorst’s tenor and the pedal steel guitar work of Joe Grass, who plays on eight of the album’s 11 tracks. An even more exotic mixture occurs on “The Briar And The Rose,” which blends of Grass’ pedal steel with the haunting sounds of Shragge on shakuhachi, a type of flute. If you are already a Waits fan, this album might send you scrambling to purchase any titles in his catalog that you’ve missed. And if you’re not a Waits fan, this album could convert you.