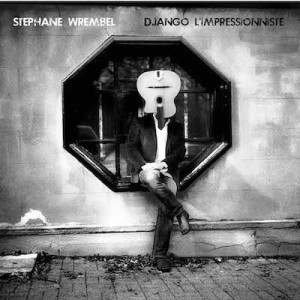 Through several installments of The Django Experiment and his annual Django A GoGo festival, Stephane Wrembel has committed to carrying on the legacy of French-Romani guitarist Django Reinhardt. And for Django L’Impressionniste, Wrembel selects and recreates 17 lesser-known solo compositions that Reinhardt recorded between 1937 and 1950.

Wrembel did the research on the more obscure pieces here and came up with a kind of definitive set list. Defined by a free-spirited cultural exchange and swinging jazz feel, Reinhardt’s “Nuages,” the standard “Tea For Two” and plenty of numbered improvisations fill out the album. As it turns out, the numbered improvs were not as off-the-cuff as one might assume; rather, they were composed and performed by Reinhardt on repeated occasions, like the studied, classically formal “Improvisation 2” and the Spanish-style “Improvisation 6.”

Wrembel has a preternatural feel for the material here, so rest assured, Reinhardt’s work is alive and well in his hands.