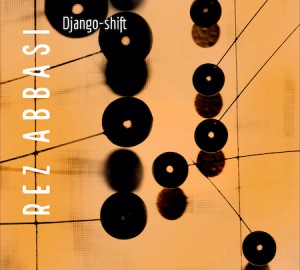 In a strange way, Django Reinhardt has been as much a casualty as a beneficiary in the resurgence of “gypsy jazz.” Although widely recognized as a jazz giant, his influence has been restricted to a single corner of the jazzworld, and apart from the occasional rendition of “Nuages,” almost nobody plays his music anymore.

With Django-shift, Rez Abbasi does his best to change that. Rather than replicate the sound and feel of Reinhardt’s performances, though, the guitarist focuses on his compositional style and melodic sensibility to bring this music into the present. And alongside electronic keyboardist Neil Alexander and drummer Michael Sarin, Abbasi offers an entirely new instrumental palette for these tunes. “Diminishing,” which in its original incarnation presents as quirky minor-key swing, is reimagined by Abbasi as a sort of dub fusion, with synth and fleet-fingered guitar over a loping, asymmetrical groove. Thanks to a liberal use of distorted keyboard and free time, “Swing 42” sounds way too modern for its retro title, while “Hungaria,” which in Reinhardt’s hands was all jivey pep, is here slowed down and rhythmically altered. Even something as familiar as the Kurt Weill chestnut “September” (a Django favorite) is made fresh, as Abbasi’s fretless guitar channels Reinhardt’s gift for melodic ornamentation.