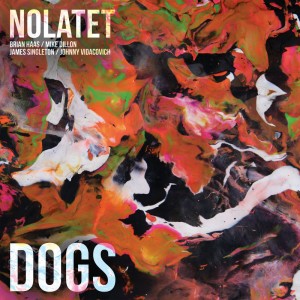 The first recording from New Orleans’ new all-star outfit Nolatet feels almost too innovative in its improvisations and graceful in its execution to be a debut. But then, it’s hardly the players’ first outing together. Bassist James Singleton, drummer Johnny Vidacovich, vibraphonist Mike Dillon and pianist Brian Haas have collaborated regularly in various formats over the years—and yet this particular session yielded a new kind of magic, full of complex yet softly rendered grooves.

Dillon and Vidacovich lay a bright, open-ended foundation for Singleton’s bowing on the Dillon-penned opener, “Pops,” which glows with the kind of warmth that wouldn’t be out of place on an Astral Project album. Things open up again on a reimagined version of “Bongo Joe,” giving Singleton the chance to swipe at his strings like they’re tethered to an electric guitar.

“Morphine Drip/Lento” maintains that edge, toying with the sounds of measured chaos in the first stormy section before round brush strokes signal the onset of calm.

“Melon Ball” riffs on a nearly decade-old Dillon rocker that showcases the vibraphonist’s dizzying technical dexterity. Here, it’s reborn with concentrated swing until Haas turns up the heat and takes the song into new territory.

The pianist displays a similar intensity on the title track’s repeated, tension-courting piano motif, which is offset by tight drum rolls before being built up, stripped down and reworked by the vibes, pulling airy sonic elements into the lower register along the way.

The brief recording wraps with “Nails,” a straightahead romp that evolves to embrace all the edges of its punk-rock alter ego.