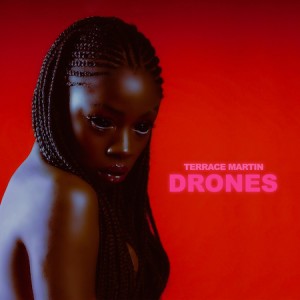 As a hip-hop album, this works as an undisputed success. Martin has called up compatriots whom he’s backed in the past to return the favor. It’s a veritable who’s who of current Black radio — Kendrick Lamar, Snoop Dogg, Ty Dolla $ign, Leon Bridges, James Fauntleroy, even Kamasi Washington and Robert Glasper roll through. The production credits and featured appearances go for pages and pages, not adding bulk or bloat, but crafting an interesting patchwork quilt one would expect from this sort of endeavor. Yet when one looks at the vast number of instruments Martin is playing here, one can feel that while he has so much to get out in this project, it’s indicative of his range of talents that all just had to get out to the point of it being self-released.

This being said, you have to be in the mood for this. It is very much a hip-hop album, and not jazz, as much as some folks would like to eschew the notion of genre, but it is undeniable that while there is exemplary musical ability, this album does not at all sound like most of what of is described on the rest of these pages, despite the included talents of folks who made this work who have. To use the parlance of a meme of a previous time, in his sophomore release, Terrace Martin is doing all he can to prove he’s got the range, and judged on its own standards, he’s proven he does indeed have it.