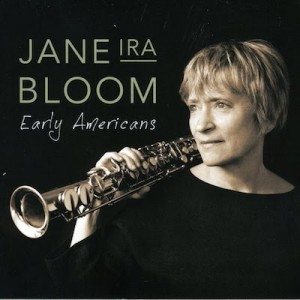 For the past 35 years, Jane Ira Bloom has been one of a small handful of saxophonists to focus exclusively on the soprano. Her new album is her 16th as a leader, and for the occasion, she convened a trio featuring two longtime collaborators, bassist Mark Helias and drummer Bobby Previte.

The music covers a wide spectrum of approaches, emotions and rhythms, while remaining strong and cohesive. On some pieces—“Song Patrol” and “Dangerous Times” in particular—she mines the pastoral vein that musicians such as British reed player John Surman have also explored, but with a more direct delivery and a lesser interest in the eerie or atmospheric.

The forlorn “Other Eyes” features the saxophonist alternating crescendo and diminuendo phrases to great effect. “Mind Gray River” is a slow cooker driven by Helias, who supplies the melodic line while Previte peppers it with creative accents, giving Bloom free rein to improvise in a soul-searching manner.

“Say More” proceeds like a free-improv piece where the musicians let their fertile imaginations flow, and the groovy “Rhyme Or Rhythm” and the delightfully funky “Big Bill” provide ample evidence that Bloom is a cerebral player who also knows how to have fun. One of Bloom’s most remarkable traits is her ability to give depth to compositions that are based on seemingly simple and memorable melodies.

The saxophonist could not have produced such startling results if she had not first assembled such a vital trio. Helias’ strumming, arco work and plucking reveal a wealth of subtleties and an endless variety, and Previte provides irresistible propulsion, rich and vivid with color.

Early Americans includes a couple of unaccompanied pieces. One is dedicated to the late Kenny Wheeler, which aptly captures the mood that inhabited the Canadian trumpeter’s lyrical, meditative universe. The other, the only piece not penned by Bloom, is a deeply felt rendition of the Bernstein/Sondheim staple “Somewhere.” This cover brings to a close an album that ranks among Bloom’s most accessible, as well as her most successful.