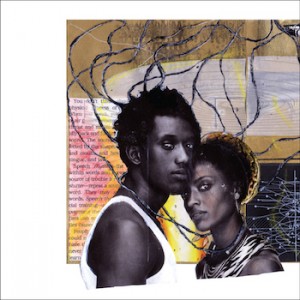 Nicole Mitchell’s polyglot perspective has made her discography one of creative improv’s richest and most daring. The flutist has used both swing and abstraction, recorded solo and with large groups, and experimented with poetry and theater. This homage to Octavia Butler, a collab with vocalist Lisa E. Harris, is especially evocative, arriving with an astute Afrofuturist sensibility that reveals parallels between fiction and reality.

Butler was the first sci-fi author to earn a MacArthur Fellowship, a philosopher who said her work fundamentally is about “social power.” Mitchell fell under her spell, previously recording a pair of albums inspired by Butler’s work. The series depicts a fraught future, with violence erupting between classes and a scarcity of natural resources. Adaptation to this new world becomes paramount, but is it possible? Mitchell and Harris stitch their fabric with a timely thread.

The music, from a 2017 live performance, trades conventional storytelling for swooping aural poetry, giving Harris plenty of room to share the skills she’s developed in progressive opera and sound-art. The leader’s Black Earth Ensemble amplifies each emotion that passes: “Ownness” addresses the duty of loving each other as flute, strings and electronics hover below, while “Biotic Seeds” declares, “Your enemies and saviors are within.” Mitchell has said she wants to create “visionary worlds,” and EarthSeed does just that, boasting an eloquence that matches its imagination.