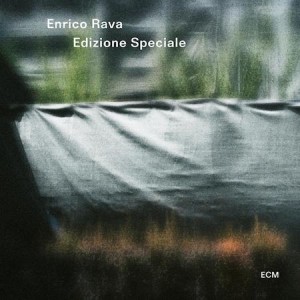 Veteran Italian horn man Enrico Rava was celebrating his 80th year on the planet when he convened his current working quartet along with some trusted older collaborators for this performance at the Middleheim Festival in Antwerp in 2019.

While the leader was certainly looking back over his fruitful career with his set list — including a spirited reading of “The Fearless Five,” a tune that appeared on his eponymous 1978 quartet album on ECM alongside trombonist Roswell Rudd — there’s nothing nostalgic about the crackling energy he and his excellent cohorts summoned for the concert, which masterfully conveys Rava’s open ears and curiosity.

The repertoire here is dominated by original pieces that appeared on his 2015 album Wild Dance, made with the same core band, but here that material is expanded, particularly the opener, “Infant,” a brisk, ebullient swinger that summons the sound of Ornette Coleman. But while guest saxophonist Francesco Bearzatti plays Coleman to his Cherry on the opening statement, the performance is wonderfully abraded by the caustic electric guitar colors of Francesco Diodati as well as an explosive solo from guest pianist Giovanni Guidi.

Despite looking back on his career, Rava’s playing brings a melodic heat throughout, with an unabated sense of the sense of exploration that’s marked his career, and his excellent band not only matches him note for note, but they push him, too.