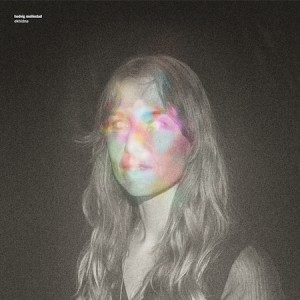 Guitarist Hedvig Mollestad is well known to fans of guitar crunch; she’s led an eponymous trio through a handful of studio dates and a blistering double-live LP since 2011, all blurring the line between fusion and hard rock. The very different ensemble on Ekhidna, a group that includes a trumpeter and a pair of keyboardists, displays another side of the guitarist’s personality.

For “A Stone’s Throw,” a powerhouse rock riff is simultaneously bolstered and subverted by tumbling waves of drums and a countermelody from Susana Santos Silva’s trumpet. Eventually, Mollestad and Silva fall into sync, embarking on a jazz-rock odyssey straight out of 1969. One-third of the way through, things get placid and Pink Floyd-ish, with spacey keyboards swaddling exploratory guitar. “Antilone,” the album’s centerpiece, is even more amped-up, a full-tilt boogie that kicks off with a passage of solo guitar. As on the rest of the disc, the tune reveals more layers and subtleties as it continues, shifting from floor-shaking jazz-rock to psychedelic introspection, even heading into territory reminiscent of early-’70s Santana. Ekhidna is meant to be played good and loud through speakers, but it’s also an album that rewards close listening through headphones.