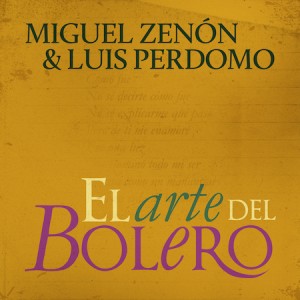 Miguel Zenón’s recent forays into Latin American songbooks have yielded some of his most rapturous music yet. As the follow-up to 2019’s sumptuous Sonero (The Music Of Ismael Rivera), on which he ingeniously interpreted songs by the Puerto Rican crooner and composer, the alto saxophonist pivots his focus to works associated with the 1950s bolero era.

This time around, Zenón partnered only with pianist Luis Perdomo, who also contributed to Sonero, for a set of music from a 2020 gig at New York’s Jazz Gallery. The leisurely pacing and heartfelt accord between the two reveal canonical knowledge and interpretive prowess, as well as the glimmering qualities of their individual musicianship.

Zenón’s silvery tone has matured and developed a more supple allure, while his phrasing is as expressive as it is fluid. El Arte Del Bolero brings out the sensualist in him, particularly on the pair’s delectable reading of Ernesto Duarte’s “Como Fue” and Arsenio Rodriguez’s “La Vida Es Un Sueño,” where the saxophonist explores the song’s melodic contours with searing emotional immediacy. Perdomo provides the ideal harmonic and melodic bedding for Zenón’s soaring lyricism here. The pianist’s economical phrasing and graceful improvisations afford the session an after-hours vibe when lovers might sit in the corner and discreetly exchange confessions.

Given that El Arte was recorded during the pandemic, its inherent melancholy is matched by its beauty as Zenón and Perdomo strike up a simpatico rapport that’s on par with Kenny Barron and Stan Getz’s.