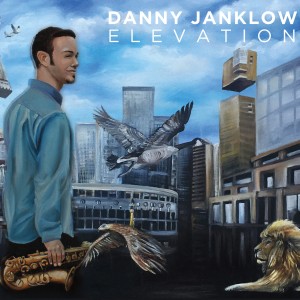 “Bad Reception” is a doozy, Shepherd charging on bass after the release and Janklow gear-shifting like a champ. Mancini’s solo is luminous, then another tempo twist offers swing-swagger space for Reed. Like Oatts, Janklow has ballad chops as well as burning skills, but I’m not sure about his lyrics, if those to “Hidden Treasure” and “Serene State Of Love” are indeed self-penned. Jesse Palter’s voice classes up the former but the words tip to the trite, confirmed by the latter, which, despite vocalist Michael Mayo’s best efforts, would induce scribes at Hallmark to gag.

With a cover of Radiohead’s “Creep” and succinct structure from Reed, more vibes from Mancini and extra flute on “Calor del Momento,” there’s plenty to savor, however, on this tight, listenable, promising debut.