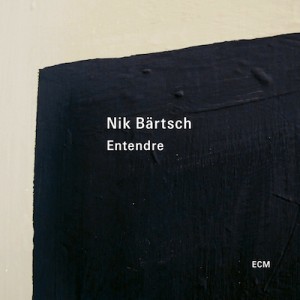 For the past two decades, Swiss pianist and composer Nik Bärtsch has pursued an instantly recognizable, meticulously conceived practice with two different yet interrelated bands: Ronin and Mobile, although the former has been his primary outlet. Each excursion pursues a rigorous strain of minimalist groove as interlocking patterns meted out on piano, bass, drums and saxophone say less about melody and harmony than about his puzzle-like conception, where shifts occur gradually, perpetually changing shape and complexion beneath an addictive drive that’s both hypnotic and energizing. His music is inherently mutable, its modular construction allowing Bärtsch to reimagine and reorder his materials with infinite variation.

It makes sense that his second solo album — with Hishiryo being his 2002 solo debut — would revisit older pieces in this format. While it’s certainly interesting to hear him pare down his work for just two hands, one of which occasionally reaches inside of his instrument to scrape or dampen a string, the transition destroys the most rewarding quality of his work — how his working ensembles translate his simple, pulsing themes into kinetic devices that thrive because every part is so integral yet subtle.