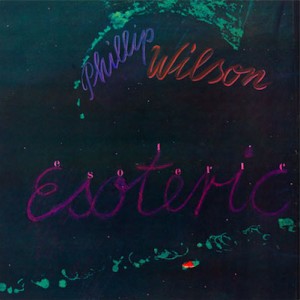 Drummer Phillip Wilson bears the distinction of having played both at Woodstock (with the Paul Butterfield Blues Band) and at early AACM concerts as a member of the Roscoe Mitchell Art Ensemble.

A sad irony: while saxophonist Gene Dinwiddie introduced “Love March,” a tune he co-wrote with Wilson, to the Woodstock crowd with the words “we don’t carry no guns,” Wilson would ultimately die a premature and violent death when he was murdered in 1992 at the age of 50.

The cruel finality of his end stands in stark contrast to the life-affirming spirit embodied by the music he made in populist settings such as Butterfield’s band and Lester Bowie’s Brass Fantasy.

While Wilson’s musical intelligence enabled him to fulfill the needs of any musical situation, he especially shined in avant-garde settings such as on Mitchell’s 1967 album Old/Quartet and Julius Hemphill’s 1972 Dogon A.D. These showcased his gestural ingenuity, his ability to root abstraction in historical precedent and his omnipresent capacity to swing.

These qualities are all evident on Esoteric, a record that Wilson made in 1977 and 1978 for Hat Hut Records that is now being reissued for the first time on CD. It is a collection of solos and duets with trumpeter Olu Dara.

Like Wilson, Dara’s CV encompasses avant-garde and popular music. The two men were frequent partners in saxophonist David Murray’s ensembles, but Dara has also appeared on records by his son, the rapper Nas.

The record opens with a sequence of tributes to Lester Bowie. Dara’s playing on “Lester B. I” recalls the dedicatee’s vocalized technique without aping it, but it is the tonal dimension of Wilson’s playing that is most likely to induce you to hit the repeat button.

Wilson’s playing is so musical that he sounds more like a complete ensemble than a drummer. He and Dara link the mystery of pure sound to the immediacy of the groove on “Double Click,” the trumpeter moving in with squelchy interjections and Wilson locking into a rhythm before letting it dissipate once more into the mist.

The music moves easily between such extremes as the exposed funk of the fragmentary “Elephant Bossa” and the piquant, bell-and-brass intricacy of “Olu 2,” making a strong case for the notion that they share space within a continuum. It’s about time that this excellent session has been restored to availability.