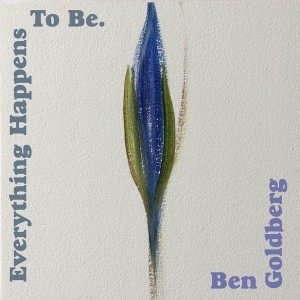 There’s a lovely stretchiness to the start of this album, as Ben Goldberg and his bandmates tug and squish the phrases of “What About” as if they were so much musical taffy. Goldberg’s clarinet leads the way, declaiming the melancholy lines with cantorial gravity as Ellery Eskelin’s tenor follows at a not-quite antiphonal distance.

Below them, the rhythm section loosely sketches the rhythmic and harmonic lines, with Michael Formanek’s bass gently pushing the beat as Mary Halvorson’s delay-leavened guitar invariably lingers behind.

But then, after a lyrical solo by drummer Tomas Fujiwara, whose fluttering brushwork has been the glue holding the ensemble together, the other four musicians return with a new melody — this one presented as a neat and tidy chorale, with Goldberg and Halvorson playing in such close unison you’d swear they were a single instrumental voice.

Those varied ways of playing together describe this album in a nutshell. Although the recording is firmly centered on Goldberg’s writing, the joy of the playing derives from the many different approaches these five take with the tunes. It can be playful, as on “Fred Hampton,” where Halvorson’s guitar disrupts the gently crepuscular melody with shimmery, burbling distortion; it can just as easily be delivered deadpan, as with their church-perfect rendition of the Henry Francis Lyte spiritual “Abide With Me.”

For “Tomas Plays The Drums,” the theme is stated in a loose, Ornette Coleman-style unison as Fujiwara plays freely; for “To-Ron-To,” the horns and guitar repeat a giddily lilting riff built around a mispronunciation of that Canadian city’s name. In both cases, the setup is followed by collective improvisation that takes the band somewhere else entirely.

Goldberg has said that part of his inspiration for this album was the acquisition of an E-flat Albert System clarinet, a instrument much beloved by Dixieland clarinetists, and it’s not hard to hear echoes of that New Orleans approach in the way he and Eskelin play off each other.

Still, the album’s strength has less to do with the weight of tradition than with the communality of the players, for the music here is definitely greater than the sum of its parts.