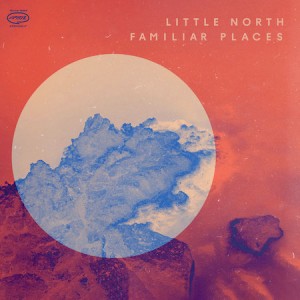 Little North, a Nordic group with stellar output, is at its core a piano-bass-drums trio, but they have tricks up their sleeves. They’re charming without having to be bombastic, contemporaneous without being derivative.

Album opener “Running Down The Park” immediately evinces a sound like Aaron Parks, but that’s exactly what they’re going for, in the same way “Spotting Salamanders” will definitely make you think of Tigran Hamasyan. It’s proof these young players have good taste, chameleonic talent and voices of their own, but it also tugs at the heartstrings to see the canon of the genre play out by literally hearing influences of the time. Even Benjamin Jacobsen’s humming on “Huntress” while his brother Lasse is grooving along feels just like the hardest grinds Ivo Neame made alongside Anton Eger in Phronesis.

Benjamin Jacobsen’s hypnotizing piano entrances lay the ground for Kasper Tranberg’s not-so-subliminal messages to still make their resounding impact on “Calystegia.” “Einar” is a simple but deceptively gritty ballad thanks to Lasse Jacobsen’s brushes on the kit. Martin Brunbjerg Rasmussen’s bass on closer “Ind i det Azurblå” is his chance to shine, providing the soul in their answer to the song and group’s question of what exactly is Nordic in their music.

Familiar Places is Little North’s fourth album in six years, further defining and investigating a sound all their own based on twisting everything around them.