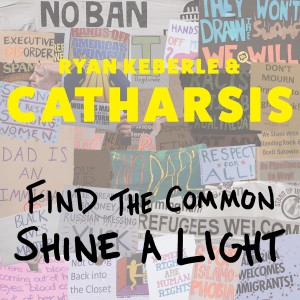 Find The Common, Shine A Light is the latest compositional victory to spring from the mind of trombonist Ryan Keberle and his restlessly ambitious ensemble, Carthasis. The leader formulated the idea in response to the 2016 presidential election, envisioning a project that could speak both to the current state of political unrest and to music’s ability to overcome it. Suite-like in its scope and unity of purpose, the album is a mix of barbed, yet beauteous, originals and covers of enduring protest songs by Bob Dylan (“The Times They Are A-Changin’”) and The Beatles (“Fool On The Hill”).