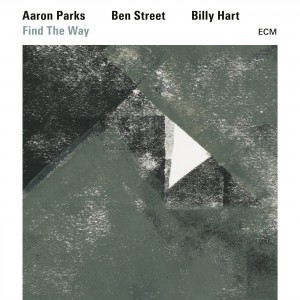 On Find The Way, pianist Aaron Parks muddles the two approaches, playing jazz in a trio where bass and drums are afforded equal prominence in the music. Sometimes, as on the album-opening “Adrift,” that makes the music sound a bit like pop, as Parks brews a gently percolating melody while bassist Ben Street and drummer Billy Hart offer a sort of rhythmic/melodic counterpoint. But where pop music tends to reinforce its ideas through repetition, Parks and company are more interested in working variations, inventing with enough freedom that, even as the players move between the roles of soloist and accompanist, each voice remains distinct.

Parks’ last album, Arborescence, was a forest-invoking solo piano effort marked by wonderfully detailed narratives and a harmonic palette worthy of Ravel. Find The Way drops the Impressionist flavor—one title, “Unravel,” seems almost to make a joke of it—and extends the narrative aspect across the ensemble. “Hold Music,” for example, opens with Hart using tuned tom-toms to sketch the melody before Aaron enters, layering chords over a pedal-point ostinato (that bass line is the “Hold” of the title—another pun). It’s a remarkably even-handed approach to the tunes, one that benefits from each player’s strength as an improviser, something the standard piano trio does too infrequently.