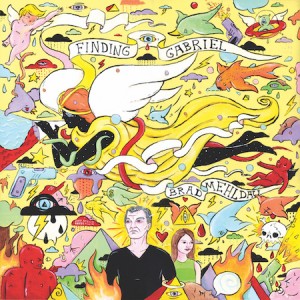 Brad Mehldau’s voice-heavy new album, Finding Gabriel, is entirely wordless until “The Prophet Is A Fool,” the sixth of nine tracks. “Build that wall,” a riled-up crowd yells at a foreboding rally, as Mehldau speaks with a young boy—terse and jarring dialogue. “Who’s he?” the boy asks, clearly referring to Trump. “He’s just their voice,” Mehldau replies. “He speaks for them. They’re just scared. They think he makes them stronger.”

Having immersed himself in the Bible during the past several years, Mehldau is feeling particularly righteous. While this track is the album’s centerpiece, it isn’t central to the record itself. Finding Gabriel is perhaps the composer’s most stylistically capacious work, and Mehldau layers an immense number of instruments to create dense sound structures that are at once beautiful and unnerving. But voices suffuse Finding Gabriel, Becca Stevens and Gabriel Kahane chanting their way through the record. On the first track, “The Garden,” the pair sounds like it’s making church music as a repeated bass adds foreboding tension. This isn’t entirely new terrain for Mehldau, but the album feels more serious than anything he’s done before. At the same time, Finding sounds kind of airy—to its benefit. One of pianist’s defining strengths is that he’s capable of producing profound lines with a light and seemingly effortless touch. The album could have been a graceless offering, but in Mehldau’s capable hands, it works.