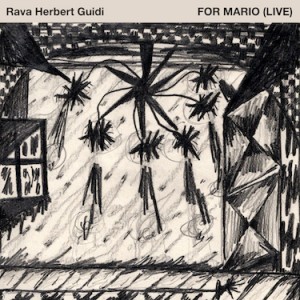 When does three equal four? In this case, the explanation is as simple as the results are remarkable. Composer and piano/electronics experimenter Matthew Herbert took samples of Enrico Rava and Giovanni Guidi, and manipulated them into a backing track, over which the veteran trumpeter (also on flugelhorn here) and the up-and-coming pianist improvised. Hence the outwardly surprising “live” subtitle; these are concert recordings.

The multipart suite begins quietly, slowly building into a cityscape of chorused traffic noise, shouted greetings and ambiguous encounters. Herbert’s interest in anger as a creative principle surfaces as the music builds to a climax, fades and mounts again with extra menace. Part II opens more conventionally, with horn and piano over a slow rumble, the whole reminiscent of Don Cherry’s Desert Band. Everything is held in check for nearly five minutes, before giving way to a clanking, faintly sinister ostinato that smacks of Italian Futurism and its Intonarumori.

Part III is the longest and the only time when the approach starts to seem a little mannered, though what Herbert effectively does is create a virtual rhythm section for the duo. Rava is more Miles Davis-like here, but without his distinctive rasp. The short fourth section allows the electronics to dominate: machine sounds that give way to crashing piano chords and flugelhorn yelps. Part V might be described as elegiacally defiant. There’s an air of sorrow, too: The record is dedicated to Mario Guidi—the pianist’s father and trumpeter’s manager—who attended the concerts but subsequently died. There’s also anger and determination, but wholly integrated and coherent.