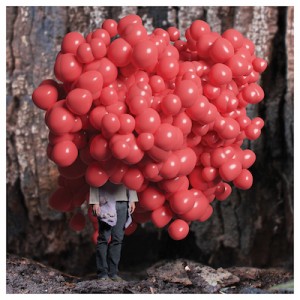 The smartest players are those who welcome a challenge, be it diving into a new session or welcoming collaborators to prod them on. Guitarist David Lord embraced both while writing and recording his second full-length, Forest Standards Vol. 2.

Alongside drummer Chad Taylor and vibraphonist Sam Hake—both a part of the first Forest Standards release—Lord included a couple of surprising picks to fill out his ensemble here. Bassist Billy Mohler, best known as a session player for acts like Kelly Clarkson and Liz Phair, was the wild card. But he slips comfortably into the stream of these songs, adding strains of dissonance along with a steady pulse. Where Lord truly took a risk was bringing in another guitarist. Jeff Parker’s work on eight tracks provides a perfect counterpoint to the bandleader, be it the sharp electric flutters set alongside the acoustic melody of “An Amanita” or the warped clouds of color he floats on “Pin Oak.” Parker and Taylor’s inclusion also feels like a tacit acknowledgment of how Chicago’s creative music scene has inspired Lord, though it’s an influence that weighs him down. As talented as Lord is, his next challenge, it would seem, would be to embrace other enclaves of players and sounds, and see where they take him.