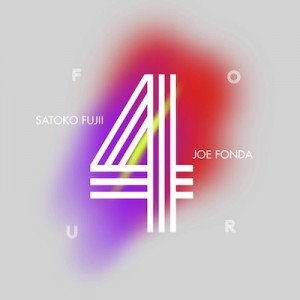 In Japan, your 60th year represents the end of a life cycle and a time of renewal. Satoko Fujii celebrated the event with a personal twist. The pianist, composer, arranger and big-band leader observed it by releasing a CD each month during 2018. Each showcased a different ensemble, partnership or aspect of her work.

One way to read Four, which was released 30 days after Fujii’s 61st birthday, is that she’s in no need of new beginnings; she’s already doing exactly what she wants to do, which is to play with as many like-minded musicians as she can and share that work with the world. Taken from two concerts played in Japan during September 2018, this latest album is her fourth with bassist Joe Fonda to be released in three years.

Before 2015, Fonda and Fujii were strangers. But each deems the other to be a partner who abets freedom. That doesn’t just mean playing free-jazz, but being free to play either inside or outside the parameters of rhythm, melody, harmony or the physical confines of the piano. Fonda is free to mine the lower registers, as he does during his grave introduction to “Painted By Moonlight”; Fujii is likewise as free to hang back as she is to move through percussive runs and dramatic figures, rushing toward the horizon of “The Wind As It Bends.”

This is process-oriented music, and while the pithy pieces that begin Four each yield rewards, the lengthy tracks that make up its second half are the most fulfilling. This is not only because one gets to hear Fonda and Fujii working things out at length, but because trumpeter Natsuki Tamura joins them. His vocabulary of gargles, growls and bold Iberian-tinged melodies easily amplifies the core duo’s extremes.