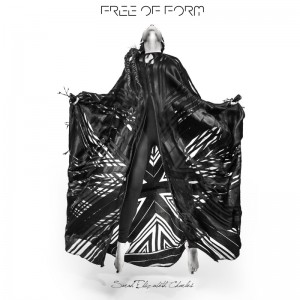 The Black Lives Matter movement has informed and/or inspired numerous works of transcendent art, including singer-songwriter Sarah Elizabeth Charles’ third release, Free Of Form, which merges jazz with elements of neo-soul and rock. On “March To Revolution Part II,” Charles delivers the lyric “The time to be passive” sporadically throughout the track, singing it 18 times and then, at the 4:38 mark, she completes the line in a powerful, dramatic way: “The time to be passive … is done.” Charles has said that she began composing “Change To Come” back in 2014, in the wake of Eric Garner’s death in Staten Island, New York. On this track, she delivers these chilling lyrics: “Innocence means nothing anymore/ I have seen my brothers bleed.” The impact of Charles’ words is enhanced by her clarion tone, impressive vocal range and precise diction. Charles’ collaborators here are the members of her longtime band, SCOPE: Jesse Elder (piano, keyboards, Fender Rhodes), Burniss Earl Travis II (bass) and John Davis (drums). Trumpeter Christian Scott aTunde Adjuah, who co-produced the album with Charles, contributes to four of the 12 tracks. On the title track, his trumpet starts out as a sonic element woven into the soundscape before it bursts forth with sky-scraping notes, and on “Change To Come,” the instrument adds an emotional lament. Charles wrote or co-wrote every song on the album except for an intense reading of Irish rock band The Cranberries’ 1994 hit “Zombie,” featuring stacked vocals, as she sings both the lead and harmony parts. Charles, whose music would likely appeal to fans of Esperanza Spalding and Gretchen Parlato, doesn’t frequently craft melodies that are immediately hummable—but her tunes still get stuck in your head. Charles and SCOPE will play an album-release show at Joe’s Pub in New York on Oct. 9, followed by concerts in Springfield, Massachusetts (Nov. 2) and Cambridge, Massachusetts (Nov. 7).