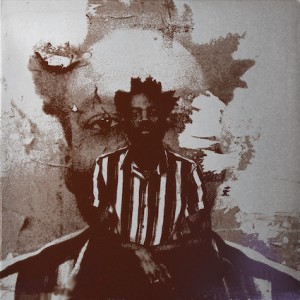 Freedom Exercise features the distinctive underpinnings of vintage synthesizers and electric pianos, the sort that generally do a terrible job of replicating notes in the same way each time they’re deployed. However, they do a wonderful job of imparting texture on saxophonist Josh Johnson’s leader debut. Whether Wurlitzer, Mellotron Prophet 6, Johnson pulled from a selection of iconic keyboards to impart just the right color, like a painter might reach for just the right ochre.

Each of the tracks burst with sound, even “856,” which features Johnson alone, employing a namesake 856 sampler/sequencer. Layers of synthesizer lines billow like smoke, coiling serpentine around his saxophone. “Western Ave” feels like a lost CTI/Kudu track, merged with the edge of classic Return To Forever. But to be clear, this is not a Grover Washington Jr. album. It’s a patchwork quilt of Johnson’s experiences: the art-rock and hip-hop that shaped him, the jazz he’s played with Makaya McCraven and Jeremy Cunningham (both drummers in his native Chicago), and even the soulful sounds he’s helped craft as Leon Bridges’ touring musical director.

A sense of economy is clear on this lean set of tracks that never come off as overwrought, just always full of wonder.