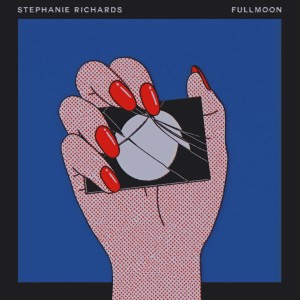 Trumpeter Stephanie Richards has a striking facility on her horn, with expressive dynamism and a multi-hued tonal range. Layering percussion atop atmospherics created by the sampler of Dino J.A. Deane, Richards has created what can feel like a jagged analog to Jon Hassell’s vintage exoticisms. Fullmoon tends toward starkness, whereas Hassell’s explorations have been lush and ambient; music here evokes not so much the natural world, but an industrial one, as if the album were a field recording from an abandoned factory.

Fullmoon could be an inspiration to young avant-minded trumpeters, showcasing what can be achieved, even with a limited palette. This rather brief album also should serve as a calling card for soundtrack work. One easily can imagine Richards’ scoring a sci-fi thriller with Deane. In particular, the two parts of “Full Moon” work wonders in establishing alien worlds through all manner of acoustic and synthetic effects. The tongued rhythms and digital grinding on some tracks could be a tough sell for lay listeners. That said, the arching trumpet melodies on the standout “Piano”—the horn echoing through a curtain of silvery electronic tension—are unquestionably beautiful.