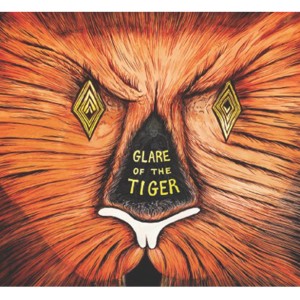 If any sonic precedents exists, the untamed early 1970s crew of Miles Davis leaps straight to mind, although Rudolph invites an even wider ethnic vocabulary to steam up the proceedings. The players clearly have the freedom to explore within the forms of the composer’s twitchy head-space. The hard-thumbed electric bass of Damon Banks is the key to spinal support. Alexis Marcelo jousts with himself, laying down Hammond organ and Fender Rhodes at left and right of the stereo field.

The horns, while frequently riffng or soloing, aren’t the primary engines here, as the dominant thrust is provided by the rhythm section—percussionist James Hurt and drummer Hamid Drake help Rudolph to create a maelstrom of imaginative layers and embellishments.

A series of brief interludes are scattered throughout, with one serving as an introduction to the disorienting “Rotations,” an obsessive immersion in tranced existence. “Lehra” has an Ethiopian character, with keyboards, distant horns and a gargantuan drum-thunder, while “Wonderings” is epic, nearly 13 minutes of Moroccan Gnaoua vibrations, inhabiting a courageously spacious calm, finishing the album with an introspective stretch, even if it does get one last kick in.