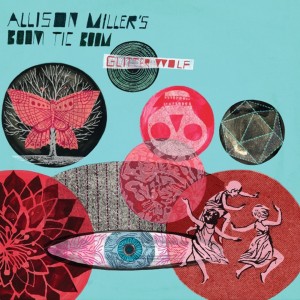 When a band truly is collaborative, it’s fitting to judge the bandleader by the company she keeps. In her band Boom Tic Boom, drummer Allison Miller surrounds herself with dazzling players: violinist Jenny Scheinman, cornetist Kirk Knuffke, clarinetist Ben Goldberg, pianist Myra Melford and bassist Todd Sickafoose. In a promotional video for the album, Miller says, “Every single person in my band has such a unique personality on their instrument that they can’t [help] but sound exactly like themselves—which is what I love.” Ten years into the band’s existence, these musicians are firing on all cylinders.

Much of this hour-long program, all of which was written and arranged by Miller, has a tug-at-the-listener’s-sleeve insistence. Miller’s deep interest in timbre and texture is reflected in the various instruments she utilizes when composing a song, including drums, vibraphone, piano and bass. That multi-instrumentalist approach, in turn, seems to inform a process in which she brings the compositional framework to her bandmates, whose contributions become integral to each song’s mood.

The interplay between Goldberg’s clarinet and Knuffke’s cornet adds fireworks to “Congratulations And Condolences,” the propulsive leadoff track. The 6-minute title track opens with Melford’s bouncy piano lines and Scheinman’s plucked violin strings, before shifting into a rousing piano section, followed by a potent horn riff. Then, at the 4:03 mark, the tune transforms into an Afro-Cuban workout, featuring guest percussionist David Flores. “White Wolf” opens with Goldberg’s hummable theme, spiced with a kinetic cloud of notes from Melford, before the track downshifts into a vehicle for Scheinman’s violin lines, which can be long and poignant or punchy and more rock-flavored. This song’s narrative arc comes into focus as the theme later re-emerges. Elsewhere, Knuffke’s cornet lends an animated feel to “Welcome Hotel,” which is anchored by a loping party groove crafted by Miller, Sickafoose and Melford.

Overall, Glitter Wolf sounds like an album by Boom Tic Boom—and no one else.