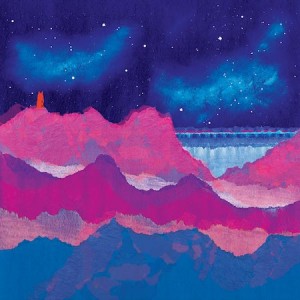 Jazz Dispensary, a homegrown label celebrating what it calls “mind-expanding, high-grade selections drawn from the finest original sources of funk, jazz and all the areas they intersect,” has for years now issued well-curated compilations of just that for Record Store Day. This coming Black Friday RSD is no exception. They’re back with Haunted High, which is, just like its predecessors, perfectly selected and sequenced and mercifully brief. This iteration of the series is just eight tracks, making it a platter you’ll want to return to again and again. It’s like getting a homemade comp from a friend with a deep record shelf who knows exactly what they’re doing and doesn’t want to tax your attention span — mix tape as album.

Culled primarily from the mid-’70s catalogs of a range of artists, the record begins with Cannonball Adderley Quintet’s “Phases,” the first track on the saxophonist’s 1974 album Pyramid. It’s an appropriately uptempo opener that exemplifies how outsized music of the era, even from jazz vets, had become, with whooshing synths dive-bombing the arrangement, busily played on wah-wah guitar, electric bass and Fender Rhodes. Still, the horn players elbow all this out of the way to make their points, ending the jam with a collective chorus.

Haunted High immediately goes further afield with clarinetist and big band leader Woody Herman’s “La Fiesta.” It’s jarring, but wonderful, to hear such thoughtful horn arrangements placed next to such of-the-era instrumentation, and Herman wisely shifts his changes up and down to create tension and release at times in the proceedings.

McCoy Tyner’s “Desert Cry,” from Sama Layuca, his 1974 monster of an album for Milestone Records, slows down the pace, taking the listener to a percussively rich, peaceful place. At five minutes, it’s a short, lyrical moment in the sequence, exactly what you’d expect from a master like Tyner. It feels like a free-jazz rumination.

Then things turn sublimely insane for Brazilian jazz singer Flora Purim’s “Silver Sword.” All the tracks here boast stacked bands, but Purim has an ace in her pocket: Carlos Santana at his prime. The guitarist puts in a solo of long, soaring notes — until he virtually rips his instrument apart — while Purim leads the ensemble in creating a deeply weird soundscape all around him.

Flip the record over and we’ve got a track off Mongo Santamaria’s 1975 album Afro-Indio, “Los Indios.” It’s a stone-cold groove, characterized by tight interplay between Fender Rhodes, bass and drums, and an equally tight horn section. Over seven minutes, each gets a chance to cut loose before an appropriate-to-the-era synth invasion forces an end to the proceedings.

Not well known for his work during the fusion era, vibraphonist Cal Tjader turns in with “Mindoro,” a hurried, worried piece that still gives space for its flutist to solo — perfect in context.

Things get a bit more serious in the home stretch. Saxophonist Gene Ammons, between his release from prison in 1969 and his death from cancer in 1974, takes on Billie Holiday’s already deathly serious “Strange Fruit” on his 1972 album Fine And Mellow. How does it work? Backed by Ron Carter, Billy Cobham, Hank Jones and Idris Muhammad, he couldn’t lose. Ammons tears the song open over deeply sympathetic, subdued accompaniment.

Jazz Dispensary closes all this out with a true crate-digger’s jewel, Barbara Lewis’ “Windmills Of Your Mind.” It’s cherry-picked off 1970’s The Many Grooves Of Barbara Lewis (Stax Records), part of the wave of releases that followed Stax losing its catalog to Atlantic and owner Al Bell ordering all the artists on his roster to start recording and releasing a whopping 27 albums. This is from one of them, and it’s a gem. Over a tasteful R&B backing, Lewis tilts at the windmills of your mind through a seemingly endless series of similes.

So, if you’re going out for RSD Black Friday after Thanksgiving, snatch this. There are only 5,000 copies, pressed on pink splatter vinyl and housed in a jacket with embossed silver foil detail.