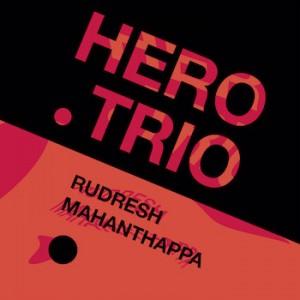 Alto saxophonist Rudresh Mahanthappa continues to dig into the Charlie Parker songbook on Hero Trio (Whirlwind), a smart sequel to his 2015 album Bird Calls (ACT). This time, instead of using Parker’s material as a jumping-off point for his own compositions, Mahanthappa strips the album’s three Bird tunes down to their essence, the better to see how they work.

In this regard, his arrangements for chord-less trio—bassist François Moutin and drummer Rudy Royston accompany the bandleader—allow for plenty of enjoyable scrutiny. He opens with “Red Cross,” retaining Parker’s brilliant chromaticism, but softening the rhythmic accents and inserting unexpected ornaments during his breakneck improvisations. Midway through the album, Mahanthappa turns out “Barbardos/26-2,” a calypso-tinged hybrid of the Parker blues tune and John Coltrane’s contrafact of Parker’s “Confirmation.” And he closes with “Dewey Square,” a keen reshaping of the original, taking it from spirited bop to sleek avant-garde.

But Parker and Coltrane aren’t the only musical minds that pique Mahanthappa’s interest. In and around the Parker tunes, the trio salutes Stevie Wonder with “Overjoyed”; Johnny Cash with “Ring Of Fire”; and Keith Jarrett, whose exercise in exuberance, “The Windup,” gives the players a chance to engage in a looser improvised dialogue.

Two standards on the album recall historic chordless trios: those of saxophonists Sonny Rollins (“I Can’t Get Started”) and Lee Konitz (“I’ll Remember April”). Mahanthappa’s notions here, breezier than those of these masters, retain all the muscle of the originals.