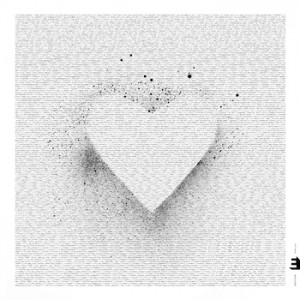 While it’s sometimes unseemly to make comparisons between artists or their works, it’s impossible to encounter saxophonist Ben Wendel’s High Heart and not immediately flash back 45 years to Wayne Shorter’s Native Dancer, an album that paired the saxophonist with Milton Nascimento’s feathery voice over an exceptionally sensitive rhythm section led by Herbie Hancock and Airto Moreira.

The comparison is apt, considering vocalist Michael Mayo-—a former student of Shorter, Hancock and another Brazilian vocalist, Luciana Souza—factors into High Heart’s sonic identity. Here, though, the focus isn’t on Brazilian music, but on the Shorter/Nascimento-inspired soundscapes and their ethereal, timeless quality. Rather than joyful release—the overarching mood of Native Dancer—Wendel most often strikes a tone of uncertainty, if not outright anxiety. Call it brooding music for our times.

Mayo’s voice—augmented by electronics at times—is the ideal instrument for this. Airy and flexible, it plays multiple roles: doubling Wendel’s tenor against the surging groove of “Burning Bright,” floating high and dreamy above a simple, five-chord progression on the appropriately named “Less” and creating a gauzy haze on the closing “Traveler.” The highlight of his contributions comes in a tumbling, wide-ranging solo on “Kindly,” which gives way to a particularly brawny tenor statement.

There is textural tension between these kinds of weightless, wordless vocals and the saxophone. On Native Dancer, Shorter leaned primarily on his soprano to move closer in range to Nascimento’s crooning; here, Wendel widens the gap by relying on his tenor, and pushes his horn hard on the title composition to add another layer of sonic fabric. His sax also frequently serves as counterpoint to the almost-ambient rhythm beds he writes. On “Darling”—a piece dedicated to electronic producer Alfred “Daedelus” Darlington—the sax rising out of the chiming piano notes and vocal wash seems operatic in its dramatic flourish, and sets the performance apart from what otherwise would sound like something one might hear while getting a massage. “Traveler” omits the tenor embellishment, ending the album on an unapologetically lush yet stark note, pairing Mayo with single drum strokes and a descending five-note motif.

Wendel—the Vancouver-born cofounder of Kneebody—also emphasizes dramatic contrast in his deliberate track sequencing, radically shifting moods between the minimalist “Less” and “Drawn Away,” which moves closer to fusion with Nate Wood’s hyper-present drums and competing streams of melody and rhythm. Within compositions, too, he sets opposing elements together, breaking up the staccato beats of “Fearsome” with another soaring tenor obbligato.