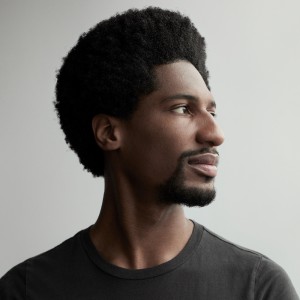 As bandleader and comic sidekick on The Late Show With Stephen Colbert, Jon Batiste appears nightly before an audience most jazz artists only can dream of. But playing that show’s jaunty opening theme on his trademark melodica and leading his band through snippets of pop tunes provides Batiste few opportunities to flaunt the chops that got him the gig in the first place.

Hollywood Africans plays out like a calculated attempt to regain some of the gravitas he sacrificed when he took the Late Show gig. It’s a hodgepodge of a set, featuring everything from an extended riff on Chopin’s Nocturne No. 20 In C Sharp Minor to a reverential treatment of Ray Noble’s “The Very Thought Of You” and a version of “St. James Infirmary Blues,” the New Orleans standard he approached with far more swagger and iconoclasm on 2013’s Social Music. The only thread connecting such disparate material is Batiste’s piano—lively throughout and occasionally dazzling, often with little or no accompaniment. The melodica remains pointedly absent.

The original songs here provide most of the set’s highlights. Instrumental opener “Kenner Boogie,” named after Batiste’s hometown, is a showcase for his skill at mixing stride, ragtime and boogie-woogie styles into a rollicking whole. “Mr. Buddy” is a beautifully simple ballad, and “Is It Over” sounds, in the best possible way, like Ray Charles covering a lost Randy Newman tune. Such moments should leave listeners longing for more Batiste originals and fewer homages.