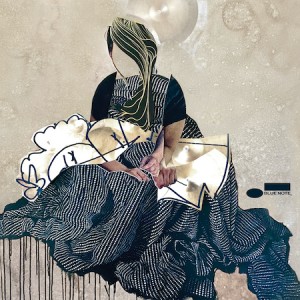 In 2006, Johnathan Blake was the drummer in trumpeter Tom Harrell’s band when fellow bandmate, saxophonist Jimmy Greene, announced the birth of his baby girl. Six years later, Ana’s tragic death along with 19 of her classmates and six teachers at Sandy Hook Elementary School shook the world to its core, especially those in the community who knew Greene, his wife, Nelba Marquez, and their precious little girl. Ana’s spirt remains as a touchstone in Blake’s memory, as he memorializes her life with a song and an album dedicated to her.

Yet Homeward Bound is not a requiem — rather, it’s a celebration of life and legacy, bursting with exuberance and lighthearted energy. The title track unfolds gently with a loping ostinato bass line from Blake’s longtime musical mate Dezron Douglas, growing more urgent with lightning-fast trades between altoist Immanuel Wilkins and vibraphonist Joel Ross, continuing with no less velocity down a more thoughtful row by pianist David Virelles. “Rivers & Parks” is a clever homage to both Sam Rivers and Aaron Parks, with a short-form 16-bar tune written as they might have.

Overall, the music dances with the unencumbered abandon of a 6-year-old. “Shakin’ The Biscuits” is Eddie Harris-styled jazz-funk, fun and fierce. “Abiyoyo” is a waltz-like African lullaby that precedes the fireworks of the uptempo “LLL” and a delightfully unpredictable version of Joe Jackson’s 1982 chart-topper “Steppin’ Out,” featuring an epic Coltrane-inspired solo by Wilkins and an even more grandiose drumming fantasy by Blake.