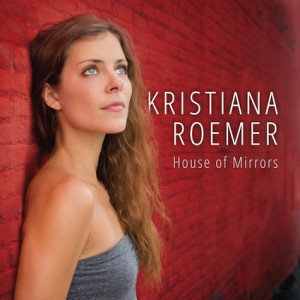 Vocalist Kristiana Roemer wants us to reflect on “the possibilities of ourselves.” Her own life to date has been rich with prospects.

Raised in a bilingual Frankfurt household, Roemer spent summers with her mother’s family in North Dakota, where she began singing in church choirs. As a teen, she segued from classical lessons into jazz standards, and studied music at Concordia College before returning home. Roemer eventually headed for Paris, formed her own quartet and began singing originals before moving to New York. She reflects on all those changes during this personal coming-of-age album, drawing on everything from St. John of the Cross to her own poetic meditations. Her light-as-a-feather voice delivers those weighty lyrics with an intimate tone so confiding it demands attention. Gilad Hekselman’s shimmering guitar refracts kaleidoscopic light on the title track, while Roemer’s “Beauty Is A Wound,” a tribute to her late mother, is driven by Rogerio Boccato’s emotionally charged percussion. But the bandleader lightens up a bit: She’s positively coy, vamping on Stanley Turrentine’s “Sugar,” and brings a honeyed tone to Charles Mingus’ “Duke Ellington’s Sound Of Love” that does justice to the masters who inspired her.