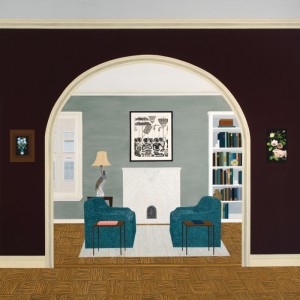 Mary Lattimore criss-crosses the nation, harp in tow. She’s lugged it up flights of stairs to play smaller venues, trucked it out for much larger engagements alongside folks like Sonic Youth founder Thurston Moore and brought it along for recordings by singer-songwriter Sharon Van Etten.

Since 2011, Lattimore’s steadily beamed out her own recordings, occasionally accompanied by Philly-based producer Jeff Zeigler. And while a few releases find the harpist benefiting from his synthy accompaniment, Hundreds Of Days springs solely from Lattimore’s fingertips. Devised, in part, during a residency at the Headlands Center for the Arts in Sausalito, California, the harpist sought to expand her own quiver of instruments for the project. Sweeps of synth float around during the album’s second track, “Never Saw Him Again,” tying it to those earlier works with Zeigler. But brief batches of bass propel the song beyond any new-agey impasse.

A few tracks on, “Baltic Birch” is both maudlin and triumphant, Lattimore somehow folding a lifetime of emotion into a 10-minute track. But it’s her guitar work on “Their Faces Streaked With Light And Filled With Pity” that’s likely to appease listeners who might be resistant to taking in a harp-centric affair. It’s not a rock track, to be sure, but as Lattimore continues cycling through settings for her main instrument, her ever-broadening palette could deepen what she’s able to impart to those adventurous enough to follow her swelling talents.