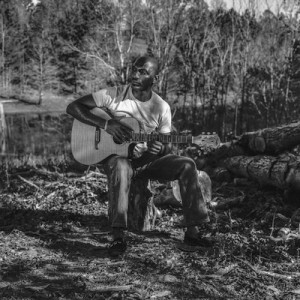 Lest anyone forget, Cedric Burnside is a member of one of the prominent families in north Mississippi hill country blues. His musical kin include his father, Duwayne, his uncle Garry and his cousin Kent. A grandson of the late patriarch R.L. Burnside, Cedric might be content to rest on the pedestal of tradition. Instead, he cultivates his own niche between modernity and what he learned directly from R.L. (aka Big Daddy) and family friend Junior Kimbrough. Cedric’s latest album finds him in good form as a drummer, guitarist and singer, joined by drummer Reed Watson (on seven tracks) plus a few more buddies in cameo appearances.

Burnside’s vocals, recorded in Willie Mitchell’s Royal Studios in Memphis, focus on romantic reverses and tenacious love with complete understanding. He creates an emotional timbre of controlled impatience on “What Makes Me Think,” and with “Step In” his fire finds its match in the adrenalized power of North Mississippi Allstar Luther Dickinson’s slide guitar.

Burnside’s fealty to his grandfather is most apparent when he updates R.L.’s murder saga “Bird Without A Feather.” No, he doesn’t conjure the pitch darkness of R.L.’s performance, but who can? Burnside also acknowledges Kimbrough by renovating his “Hands Off That Girl,” using guitar to make his unarguable points. However, Cedric’s own “The World Can Be So Cold” chases its own tail musically and lyrically, purposeless beyond its bleak titular statement. Cedric’s not all about shoveling hill country grit in our ears: “Love Is The Key” and a couple more originals have a pop dimension that convey an ambrosial feel.