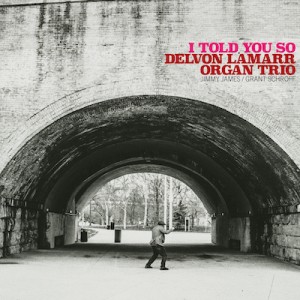 There is something undeniably funky about the organ. Its unwavering sustain and percussive potential has led the likes of Jimmy Smith and Booker T. Jones—and more recently Cory Henry—to its keys for deep-swinging compositions. Delvon Lamarr is the latest in this line of formidable players, turning to the mercurial instrument to channel the sounds of Stax, Motown and the blues through its tonewheel.

For his second album with the trio, I Told You So, Lamarr digs deep for a collection of nine inescapably joyous and in-the-pocket numbers. Opener “Hole In One” sets the tone with its rhythmic interlacing of Jimmy James’ high-register guitar with Grant Schroff’s pinpoint-precise drumming, while Lamarr’s own playing meanders from an interlocking left-hand bass to a sweeping, open right hand full of melody.

I Told You So is not a daring, experimental work, yet faultlessly achieves what it sets out to do. Lamarr harnesses the power of his instrument to provide an album of new jazz-funk standards, an exuberant celebration of three musicians working at the height of their powers.