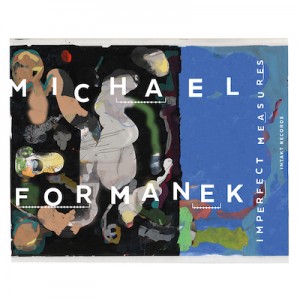 After the world went to lockdown last year, a lot of musicians spent time playing alone. But this CD is not a product of COVID. It addresses a moment of personal challenge. In 2017, bassist Michael Formanek went back to full-time performing after 17 years of conservatory teaching. And two decades after recording his first solo album, he made a second, Imperfect Measures.

He’s spent the intervening years earning acclaim as a composer, collaborator and bandleader, and elements of those pursuits insinuate themselves into this record. While Formanek is the only musician heard on Imperfect Measures, he created a collaborative environment by inviting artist Warren Linn to come into the studio and draw while Formanek played.

Several pieces adorn the album’s packaging. And Formanek exercised a compositional influence upon the unscripted music by selecting excerpts from much longer improvisations.

The result is a collection of nine tracks, ranging from three to 11 minutes, that are the product of abstraction, but don’t sound especially abstract. The recording quality is clear and unenhanced, preserving Formanek’s rich, round tone. The opener, “Quickdraw,” progresses at an undeniably dazzling clip, but also with inescapable logic. Both “Loop Back” and “Notice Moments” punctuate intricate passages with flamenco-like flourishes, which results in music that imparts a sense of narrative structure even though it rarely repeats. Imperfect Measures isn’t just a selection of great bass solos; it’s a distillation of a keenly organized musical mind.