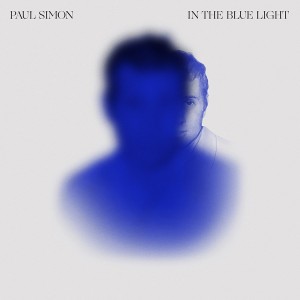 Over the course of his storied career, Paul Simon, 76, has explored sonic textures in a way that has marked him as more artistically adventurous than many rock singer-songwriters of his generation. On his new album, In The Blue Light, some of those intriguing textures are provided by esteemed jazz musicians: trumpeters Wynton Marsalis and Marcus Printup, saxophonists Joe Lovano and Walter Blanding, guitarist Bill Frisell, pianist Sullivan Fortner, bassist John Patitucci and drummers Jack DeJohnette, Steve Gadd and Nate Smith. On this collection of 10 tunes that Simon previously recorded between 1973 and 2011, the singer offers new studio renditions that recast the material with fresh arrangements, and in some cases, different lyrics.

On Simon’s 1990 album, The Rhythm Of The Saints, the song “Can’t Run But” features talking drums, the Brazilian instrumental group Uakti and sly guitar work by J.J. Cale. On the arrangement of “Can’t Run But” on In The Blue Light, Simon is backed by the classical ensemble yMusic, giving the song a significantly different vibe. On 1980’s One Trick Pony, Eric Gale’s nylon-string guitar is a striking feature of “How The Heart Approaches What It Yearns”; on this new arrangement, Marsalis’ muted trumpet takes the spotlight, injecting a poignant mood. Pleasant surprises abound throughout the album: Marsalis contributes to the New Orleans flavor of “Pigs, Sheep And Wolves,” Lovano adds improvised lines to a jazz rendition of “Some Folks’ Lives Roll Easy” and Simon pursues a blues-inflected aesthetic on “One Man’s Ceiling Is Another Man’s Floor.”

This album is a powerful reminder that Simon often eschews easy-flowing, rhyming lyrics in favor of songcraft that is more musically intricate and intellectually stimulating. He zigs and zigs while other composers lazily zag.

Simon has had a momentous year: He completed what he has said will be his final tour, was the subject of a major biography (Paul Simon: The Life by Robert Hilburn) and delivered his 14th studio album—a gem that solidifies his status as a bold, striving, wholly unique tunesmith.