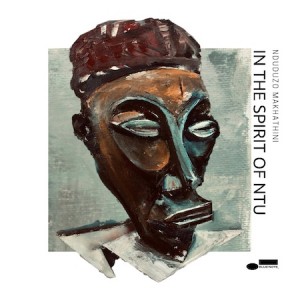 Some albums experiment with fresh notions, some refine ideas previously shared. Nduduzo Makhathini says his second Blue Note record is a chance to “summarize everything” he’s done so far, employing past musical gambits and philosophical beliefs. The result is a program uniting the breadth of cultural precepts that have informed the South African pianist’s work.

It’s a bevy of experiences, including meditative chants of the Zionist church, lessons learned at the alters of Mseleku, Ibrahim and Tyner, political forays in sync with protests erupting in his homeland, and the bonding of voices, both on the bandstand and in the streets, an act he calls the “invocation of collectiveness.” In lesser hands, its delivery might have been muddled, but Makhathini sculpts his presentation with insight and authority.

So In The Spirit Of Ntu is a sweeping statement by default, built on sacred ruminations and thoughtful jaunts similar to those guiding 2020’s Modes Of Communication: Letters From The Underworlds. Fluency and fervor are the cornerstones of each, but Makhathini’s latest, his 10th album since 2014, is more balanced, expansive and piercing than its predecessor.

With a resumé that includes both a TED Talk on art’s ability to yield “a new humanism” and revered status as a sangoma (Zulu healer), Makhathini’s visionary character, especially when rendered in a rich program like Ntu, becomes more fascinating with each new endeavor.