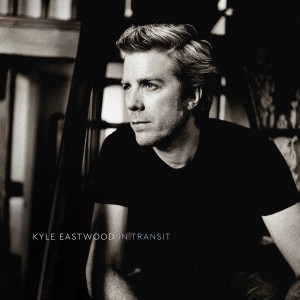 Kyle Eastwood grew up in the shadow of his father, Clint Eastwood. While having a famous parent undoubtedly opened some doors to him early in his career, Eastwood long ago proved himself as a fine bassist and a bandleader who has now released eight albums of his own.

Eastwood, 49, leads a quintet on In Transit with Stefano Di Battista guesting on soprano and alto saxophones on four of the 10 songs. The music, which consists of six originals from the band and a song apiece by Charles Mingus, Thelonious Monk, Frank Foster and Andrea Morricone, is primarily hard-bop that looks back to the 1960s for inspiration. Trumpeter Quentin Collins contributes several spectacular solos, tenor saxophonist Brandon Allen and pianist Andrew McCormack are excellent, drummer Chris Higginbottom gives the lead voices stimulating support and the leader, who takes a few short solos, is mostly content to keep the music swinging.

“Soulful Times” is the type of joyful jazz/funk that was popular in the mid-1960s, serving as a fine opener. The uptempo “Rush Hour” features a joyful solo from Collins and uses changes similar to “Love For Sale” before taking a different turn for the last part of each chorus. “Movin’” has a catchy stop-time melody that launches spots for Collins, McCormack, Allen and Eastwood. Di Battista makes his first appearance playing the melody of “Cinema Paradiso.” “Rockin’ Ronnie’s” is the high point of the set, a happy strut that features particularly inspired tenor, trumpet and piano solos.