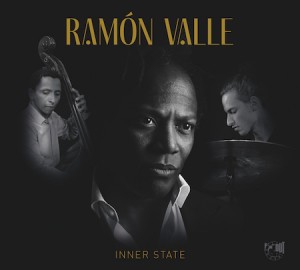 Ramón Valle is an extraordinary pianist who strives to create picturesque music, and practically every tune on Inner State evokes at least a dazzling image or two.

His treatment of “Free At Last,” words so inseparably linked to the sermons of Dr. Martin Luther King Jr., begins slowly, like a call to prayer, before an eruption of chords summon bassist Omar Rodriguez Calvo and drummer Jamie Peet to join him in a holler of liberation. His octave configurations have the resonance you hear in some of Chick Corea’s performances, but with an even stronger dash of cinnamon.

In several ways that opening track is a prelude to “Hallelujah,” Leonard Cohen’s signature song, and it’s made all the more ecclesiastical when Valle applies harp-like strokes to his cluster of solos. On one swift passage of notes, he approximates a carillon; Valle has a way of sustaining that sound of bells. The only things missing from the invocation is a choir and an “Amen.” Exciting moments occur near the close of the album on “Cinco Hermanas,” when Valle’s vocalizations, a little scat and a bunch of harmonic phrases converge with explosive notes from his piano. A tune that began in a classical mood soon became a festive shout, Valle’s voice mimicking the tone and velocity emanating from the keyboard. But perhaps the most engrossing effort here is “Mamita Yo Te Quiero,” where Valle’s flurry of fingers matches Peet beat for beat and Calvo swings in a Latin context.

The pianist and composer has presented an array of colorful images and soundscapes that abound in his native Cuba, and should summon visions of his home.