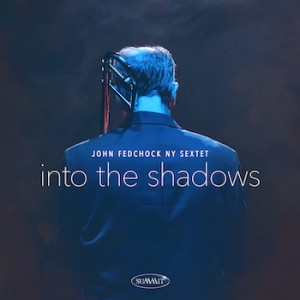 John Fedchock’s writing and arranging skills have been admired since his days with Woody Herman. This smaller unit gives him a near-perfect combination of mobility and weight, and with them, confident modernity, even as Fedchock examines some repertory favorites.

The opening “RSVP” is assertively dissonant in its introduction before the Latin-tinged beats kick in and the band soars away. It’s a confident and challenging way to start. But impressive as Fedchock’s own writing is, it’s his version of “Star Eyes” that really captures attention here: completely reinvented, owing nothing much to classic interpretations and all building toward the trombonist’s best solo of the set. He does something similar to “I Should Care,” which is played at twice the tempo we’re used to. Brazil is clearly much in his mind, too: “Manaus” is seductively textured and Amazonian in expanse. But the star turn here is the title track, opening on a mournful solo trombone line and maintaining the mood of reflective solitude for much of its length. The front line is perfectly balanced, with Fedchock placed in the center of the mix on one of his most poised and assertive recordings yet.